Dodge has been around since the beginning of cars in the USA and rounds out the “big three” manufacturers here.  Starting out as the Dodge Brothers Company, which was mainly a machine shop, they even gave Henry Ford one of his early business loans.  Then they decided they wanted to build their own cars in 1914.  Sadly, the brothers died in 1920 and the company was sold off; later it was acquired by Chrysler who now owns many other brands including Fiat, Jeep, Lancia, Maserati, RAM and more. Weston Auto Mechanics are experts in Dodge Service and Maintenance in Fort Collins.

From trucks that get the job done to iconic sports cars like the Viper, we have serviced and sold many models, gaining experience along the way.  Our ASE-certified technicians have the training and factory-level tools to quickly and accurately diagnose and repair your vehicle.  Whether you need a quick, routine service like an oil change or brake job to a check-engine light diagnosis or bigger engine repair, we are here to help.  Give us a call today to schedule an appointment.

QUALITY SERVICE YOU CAN TRUST

We get your permission before doing inspections or any other work on your car. And we will take as much time as you need to explain the inspection results to you. We are always happy to take you into our shop with our technician so that you can examine any problem for yourself. Call us today to learn about our inspection program and to schedule an appointment. 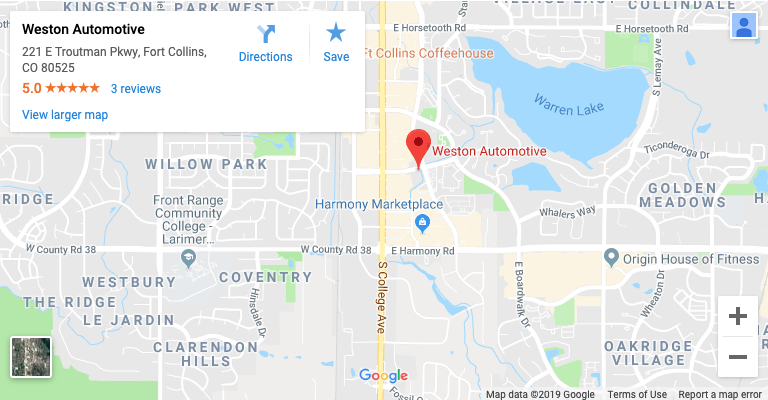